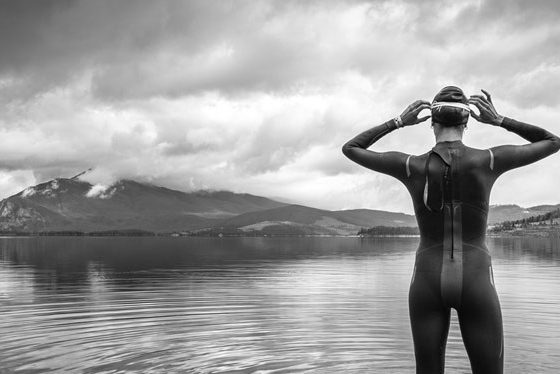 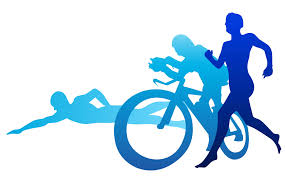 Anne was ready for a change.

Could you be ready for a change too?

Here is her story.

Anne Yates is not your average 62-year-old. Actually, she’s not your average 22-year-old. She wakes up every morning at 4 a.m. so she can make it to Chico Master’s swim at In-Motion Fitness three days a week to work on technical stroke instruction. After competitive swimming for an hour, she takes a quick shower then heads over to her daughter’s house and plays with her two young grandchildren—a rambunctious 1-year-old and indefatigable 4-year-old— for the next two hours. Anne then heads to the office where she offers marriage family therapy to couples, and she will work for the next 10 hours. She seems invincible, but what people don’t know is that beneath her seemingly impenetrable armor, Anne’s body and soul have been in excruciating pain. Let’s just say a bad marriage between her body and soul for the Chico professional who prides herself for saving marriages gone awry. Externally, she exudes physical grace, but internally she is a physically and emotionally fragile.

Not long ago, Anne was the 7th ranked triathlete in the world for the 55-60 age division. A few bad spills though, got her off the bike. “One time I was going 22 miles per hour. Got into some trouble and flew over my handles bars. I cracked my helmet,split my seat,got a concussion and dislocated my shoulder. I had lacerated my liver and broken ribs. I was a mess.” Years of competitive cycling had also damaged Anne’s hip. Once Anne felt better and put the bike in storage, she retreated to the pool. “I tried to swim with major shoulder pain for a year, then I had shoulder surgery.”

Anne was also involved in a car crash that came close to killing her. Traffic had been stalled on Highway 99 because of a coyote in the road. A driver going 55 miles per hour did not notice that the traffic has stopped. Upon seeing Anne’s car, the driver slammed on the brakes. Anne was hit from behind. Her car was thrown on to the side of the bridge above the park. It was a miracle her car did not go over the bridge. She survived, but the ghost of the accident haunted her. “I had major whiplash. I saw a chiropractor twice a week for a year.” The pain was constant, a culmination of the bike accidents and the car crash.

Once Anne quit cycling, she needed to fill the void. “I turned to CrossFit. I tried to get my hip back. Years of cycling had left it mangled. I was in a lot of pain.” Despite the pain, Anne was hooked on CrossFit. “I practiced for five years, two to three times a week.” CrossFit doubled the pain. Now her hip pain was contending with shoulder pain and hyperextension. “I also have scoliosis that leaves my hips uneven which results in nagging hip pain and back pain.”

The stress and emotional toll of Anne’s profession compounded by the recent death of her mother and her step-father demanded a physical outlet. She had no choice but to keep working out. The pain, though, had gotten so bad that she was about to surrender. “I was getting sciatica around my ankles. My back was killing me. It was waking me up all through the night. I was ready to stop working out.” Anne had planned a much needed family vacation to Hawaii, but she knew the pain was going to keep her from doing the things she wanted, needed, to do in Hawaii.

“I was at my daughter’s house playing with the kids, and my son-in-law told me about this amazing person named Miranda who had been working with him.” Her son-in-law, like Anne, was a restless person who turned to sports as an outlet to manage his own stress and emotional challenges. “He had been complaining for a long time about his pain. He was always limping. But he looked, well, sprightly again. He said you have to go see Miranda. He tried to explain what she does. But when he mentioned something about her “poking him with a chopstick” and “putting a tuning fork on his shoulder, I had to wonder. But he looked so damn healthy, and I was in so much pain, I decided to give it a shot.”

Anne got Miranda’s number and called her. “I told her I was going to Hawaii. She said I better get in here right away so she can fix me up so that I can have a good vacation.”

Anne was skeptical when she first met with Miranda. What was P-DTR? Anne had been to Physical Therapy, used massage therapy, acupuncture, and strength training, basically she had tried a lot of different therapies to heal her body and elevate pain. However nothing had helped.

Miranda uses P-DTR® therapy. P-DTR stands for Proprioceptive Deep Tendon Reflex. P-DTR was developed by Jose Palomar MD. P-DTR is a neurological reflexogenic treatment system that effectively resolves musculoskeletal dysfunctions by resetting sensory receptors and pathways that have been improperly integrated due to conflictive information in the body. P-DTR specifically targets those dysfunctional receptors by identifying where they are in the body through scientific testing developed by Dr. Jose Palomar. By using simple muscle testing and neural challenges, we can determine which pain receptors are dysfunctional and essentially reset them to make immediate and lasting advances toward restored function. Then, the next time they sense an injury or are stimulated, they are able to send appropriate messages to the brain. This technique is highly effective and can help people heal from pain and dysfunction anywhere in their body.

Anne had asked around before she went in. Her son-in-law, a writer with a streak of the fantastic in him, prone to embellishment and hyperbole, might have been exaggerating. “So I asked my massage therapist. She knows everyone in town. Unflinchingly, she confirmed my son-in-law’s story. She said ‘Oh, yeah, he’s right. Miranda helped me she helps everyone. She also helped me.’”

Anne wanted relief from her pain. People will resort to almost any measure if there is a hope to stop the pain. She immediately felt comfortable with Miranda. “She was professional. Warm. Sensitive. Knowledgeable.I began to feel less anxious. She knew what she was doing. She understood my pain.”

Anne says she felt better after the first session. “I could feel things changing, the pain lessening, right away. I figured it was only temporary. Like the way pain goes away after a massage but always comes back. This was different. A few days, then a week, went by and my sciatica was gone.”

Anne is one of the most sought after therapists in town. She understands the way emotions work kind of like the way a mechanic understands the way pistons fire. Only Anne’s pistons weren’t firing. Just like insomnia is the symptom of a more urgent emotional and physical problem, so, too, is physical pain. Anne was hurting inside. Her mother’s death had created a cauldron of resentment and rage that she had bottled up inside, a pressure cooker on the verge of implosion.

Miranda is a detective of the body, sleuthing around to discover the emotional wound—not just the physical scar—that might be the culprit of physical pain. “She (Miranda) told me that she really likes working with people who have emotional blocks. It was either my second or third visit when she started working on my shoulder. Now, you have to realize, she knew nothing about my internal story. But she’s working with my shoulder and tells me that the way I carry my shoulder is ‘indicative of resentment and anger.’ Miranda told me she was picking up on this resentment and anger in my gall bladder and pancreas. She figured out the pain in my shoulder was a mixture of my physical bike wound and the emotional wounding from my mother. Miranda uses a combination of P-DTR, muscle testing and NLP- Neuro Linguistic Programing to establish relationships in the body between organs, muscles and emotions.

Anne, who spends her day listening to others tell the stories that have hurt them, finally had a place where she could open up without actually opening up. “Yeah, it was amazing. She did not have to get me to talk about my internal story. I have so much anger and resentment toward my mother and her husband. Restricted. Can’t get my mind off of it. Upsetting. Then Miranda started testing me. She said it was my self-talk around this anger and resentment. She worked with me. She asked me to go that place, the memory, of the anger and resentment. All my mother and step-father had done. How I felt betrayed. Erased. Annihilated.”

Anne never had to utter a word. She just had to think about it while her brain and body conveyed the narrative. “I didn’t tell Miranda any of this. Just thought about it. I started crying. Tears streaming. So much sadness. There was, and is, a lot of emotion and sadness. Deep sorrow.”

Anne says that the next day after the session, her anger and resentment had started to lift. In the days following her session, she was no longer evoked and caught up in the painful memories that had haunted her for so long. Anne would see Miranda seven times in a three-month span. “I am 98 percent pain free now. My mind and body had been looping in a cycle together in unhealthy, damaging ways. Now they are working together.”

Just like in a healthy marriage, the mind and the body are dancing in synchrony, and the communication—the messages—are clear. Anne now does Pilates with Miranda twice a week, yet another apt metaphor for marriage and family therapy: no wonder Anne is such a believer. “Miranda is helping me strengthen muscles that have not been working properly which caused my other muscles to overcompensate.”

Anne is now sending certain clients to Miranda. “I’ve sent three people from my practice who struggle emotionally and are in physical pain. From my own experience with Miranda, and seeing how the emotional pain and the physical pain fed off each other, I think if she can tap into their emotional blocks then the physical pain will go away.” Anne’s hunch has been correct. She reports that all three of her clients have said their physical pain has been significantly reduced.

“It’s amazing what she does,” Anne says. “Trust me. It’s not voodoo. The more I know her, the more I understand what she does, it makes so much sense. How she reduces pain and restores function is founded in medical and neuroscience. The electrical wiring of the brain and how the body functions. She is scientifically reprograming the physical and the emotional receptors and experiences that are stored in the body. She clears up circuits and resets them so there’s not an overload.”

Anne has finally found an additional outlet for triathlons and competitive cycling: Pilates. “Miranda is, well, exact. How you do the exercises. The reasons behind it. In the Pilates practice, you have to have your body in the correct position to utilize certain muscle groups because you’re asking the brain to send certain signals to strengthen or mobilize specific areas in the body. I also like that it’s not like you do 100 reps to merely acquire strength. Her approach is you do 12-15 reps to strengthen, utilize and recruit body parts, but they are not compromised because of muscle fatigue.”

Anne says that at a recent Pilates session, Miranda asked her how she was doing. Anne embraced Miranda and started crying. “I told her I’ve never felt better.”

“Patience and persistence are vital qualities in the ultimate successful accomplishment of any worthwhile endeavor.” – Joseph Pilates