The subconscious mind resides in every cell of the body, and the cells are continuously programmed from the moment of conception. This programming is multi-layered and holographic, as what continues from lifetime to lifetime is the energy system, which contains the record of all previous life experience. The subconscious has unlimited capacity to record and store data and holds everything that has been experienced in the current life as well. Much of this data is traumatic, which impedes the life force and creates imbalance.

CRT includes detailed protocols which the therapist can use to facilitate for the client to accomplish the necessary clearing. 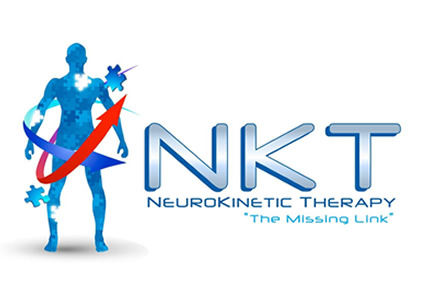 With the increasing popularity of movement screening in the sports and fitness world, corrective exercise is, by association, also becoming more commonplace. By definition, corrective exercises must address and alleviate patterns of compensatory movement; the causes of weakness and pain.

And therein lies the rub. Most forms of corrective exercise, and also of most soft-tissue therapies, are effective, but temporary. You’ve likely experienced relaxation and “centeredness” following a massage, and also the gradual fading away of those effects. This occurs because your muscles haven’t had a chance to “learn” how to stay relaxed.

Enter NeuroKinetic Therapy (NKT), brainchild of David Weinstock. NKT is based on the phenomenon that our brains are capable of making very rapid and lasting changes to our muscular systems and motor control. In fact, the Motor Control Cortex (MCC) is the part of the brain where the magic happens (see video). Weinstock stresses that the beauty of NKT lies in the fact that it is a technique. Meaning that no matter the practitioner’s forte, be it Chiropractic, Physical therapy, Sports Medicine, Soft-tissue specialist, the same great results can be experienced.

Briefly, the NKT technique makes use of a window of time when the brain is open to relearning a correct movement pattern; a pattern that may have been altered or lost through trauma, poor postural habits, or inefficient movement. The NKT sequence begins with a brief assessment to give clues on where to start treatment, and unfolds as follows:

With a skilled practitioner, a client can experience dramatic relief through NKT, but must also play a proactive role in treatment. The practitioner has found the source of the ailment, and has prescribed the corrective exercises. Now, it is up to the client to spend a few minutes every day performing the correctives so that the new, correct movements become habit. Some balk at having to do “homework”, but those who have been in pain for years find that a couple weeks of corrective moves is more than a fair trade-off.

In the New York/Metropolitan area, Kathy Dooley DC, Perry Nickelston DC and Eric Nelson DC, all utilize NKT in their practices, as well as teach the courses. They walk the walk, working with athletes and non-athletes alike. Some research, a call, and a visit can have you performing and feeling better than you have in some time.

What is a Tabata? And why use it to train?

There are many different forms of workouts out there and each workout will give you a different result. Some increase muscle mass, some increase strength, others help you lose weight and so forth.

Cardiovascular (cardio for short) exercises are a popular brand of exercise designed to improve endurance and stimulate fat loss. Cardio exercises can be anything from long distance running, skipping, biking or even power walking. All of these usually fall under the category of moderate intensity training because they tend to last anywhere from a half hour to more than an hour going at the same pace.

“Tabata” is the name of a particular type of workout program that provides similar health benefits to that of cardio workouts, but Tabata has a bit more spice. Instead of hours upon hours or exercise, Tabata can be completed in 4 minutes. Tabata falls under the category of high intensity training or high intensity interval training. Today I write to explain to you the history of Tabata and exactly what it is.

How did Tabata come about?

Tabata was founded by a Japanese scientist named Izumi Tabata and fellow colleagues at a department of physiology in Japan. Izumi and his fellow scientists decided to conduct a study to compare moderate intensity training with high intensity training.

In group one; the athletes were training in moderate intensity workouts (70% intensity) for five days a week for a total of six weeks with each training session lasting an hour.

Group two trained in the high intensity workouts for 4 days a week for a total of 6 weeks with each session lasting 4 minutes, at 20 seconds of intense training (170% intensity) and 10 seconds of rest.

What were the results of the tests?

Group 1 had a significant increase in the aerobic system (cardiovascular system). However, the anaerobic system (muscles) gained little or no results at all.

So what does a basic Tabata training design look like?

To wrap it all up, Tabata is a form of high intensity interval training method that offers more health benefits than traditional cardiovascular exercise. It’s short, efficient and can fit in almost any fitness program. 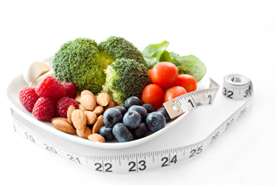 Here is a typical list of what I get for the 24 day challenge (depending on what’s in season and priced well). Things starred are for the max phase (phase 2) only.

Also have on hand: 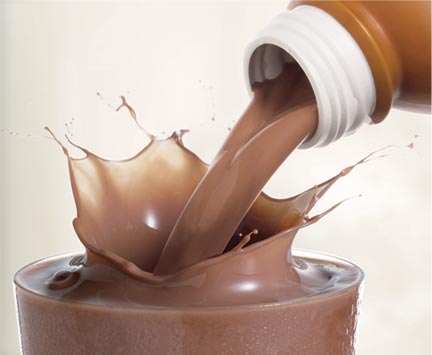 Could Protein Shakes Harm Your Health?

A new study found that overuse of some protein drinks could result in negative health effects or even be toxic. Susan Koeppen reports.

For many people trying to get in shape or bulk up quickly, protein shakes are part of a daily workout regime. Protein drinks are being advertised as a way to boost fitness, and that marketing targets everyone from body builders to teenagers. But, according to a new study, over-consuming some of those products could be dangerous. “Early Show” Consumer Correspondent Susan Koeppen takes a look at an investigation being released Monday by Consumer Reports.

Though manufacturers and salesmen say that these products are safe, the new study says some protein drinks may cause health problems over time. The investigation found some contain things like arsenic, cadmium, and lead.

CBS News took a hidden camera to nutrition stores in New York City asking about these supplemental drinks, but not one sales person warned about possible health risks. Some said taking more than recommended doses wouldn’t hurt. But trainer/dietician Erin Palinski says, not so. “They’re actually going to harm their health if they do excessive amounts,” said Palinski.

Experts say too much protein can lead to dehydration and digestive problems, increase your risk for osteoporosis, and for some people, cause kidney problems. And now, an investigation appearing in the July issue of Consumer Reports finds that some protein drinks could be toxic, if you take too much.

Says CR’s Urvashi Rangan, “We tested about 15 different types of protein drinks. … And we actually looked for four different heavy metals. We looked for arsenic, cadmium, mercury, and lead.” Test results found heavy metals present in all 15 drinks — some more than others. Consumer Reports says three products were of particular concern — because consuming three servings a day could result in exposure to arsenic, cadmium or lead that exceed proposed limits for contaminants:

Urvashi Rangan, Consumer Reports, said, “What we’re concerned about here is the chronic low level exposure of a heavy metal. And what people should know, is that heavy metals, once they come into our bodies, once they’re metabolized, they tend to stay there for a long period of time.”

The supplement industry disputes claims that protein shakes could be harmful. Andrew Shao, of the Council for Responsible Nutrition, says, “The results of this analysis aren’t alarming. The heavy metals that were found are well below the limits FDA (Food and Drug Administration) would be concerned about, so they don’t pose a health risk to consumers at all.”

But Consumer Reports says there is little regulation requiring manufacturers to prove their protein drinks are safe. “We think the FDA should be tracking these products better,” says Rangan, “and that is not happening at this time.” The manufacturers of those three products say independent testing shows their products are within government safety standards even if taken three times a day. Still, CR notes there other ways to get protein at a cheapter price, such as: It’s not that the AdvoCare products for the 24 Day Challenge are expensive; it’s that others are unsafe and unhealthy. AdvoCare uses and independent party (Informed Choice) to screen for over 200+ banned substances. Most of these company screen for 30+. . . and it shows. Get
the facts. Know what you are putting into your body. 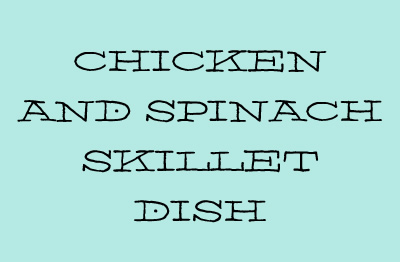 Lightly spray a large, nonstick skillet with no fat/no calorie cooking spray. Lightly sauté celery and onion about 1 -2 minutes, add chicken breasts and cook until almost cooked through on each side.

Once chicken is almost finished

and cook till chicken is done and spinach is cooked. 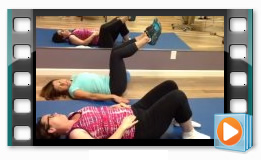 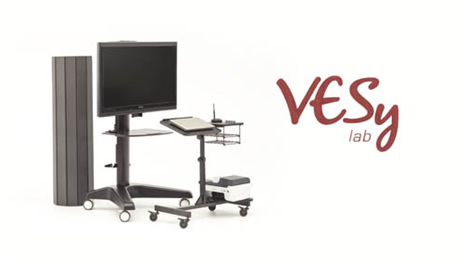 This workshop will cover the anatomy, neuromuscular physiology and effect of pregnancy and childbirth relevant to the pelvic floor. Dr. Crawford will present a detailed discussion of common pelvic floor disorders including urinary incontinence, pelvic organ prolapse, and sexual dysfunction. The Pfilates Method of pelvic floor conditioning will be presented and participants will have the opportunity to become Certified Pfilates Instructors.

The video EMG lab (VESy Lab) created by Dr. Bruce Crawford to record and analyze the effects of movement on the pelvic floor will be presented and demonstrated at this conference.

By the end of this course, participants will have an understanding that

4:            A program of fitness training called Pfilates can provide the solution

Dr Bruce Crawford MD is a board certified Obstetrician Gynecologist and Pelvic Floor Specialist in
private practice in Northern Nevada. Dr. Crawford attended medical School at New York University
before completing a residency at the University of Arizona, Tucson. Dr. Crawford is a member of the
International Organization for Women and Development and has made several surgical trips to Niger,
West Africa to repair obstetrical fistula. Dr. Crawford is the creator of Pfilates and the VESy Lab, two
cutting edge methods of pelvic floor conditioning. Dr. Crawford has published numerous articles in
the areas of obstetric fistula and pelvic floor neuromuscular function. Dr. Crawford is a member of
The Society of Gynecologic Surgeons, Society for Urodynamics and Female Urology, The International
Continence Society, and the American College of Obstetricians and Gynecologists. 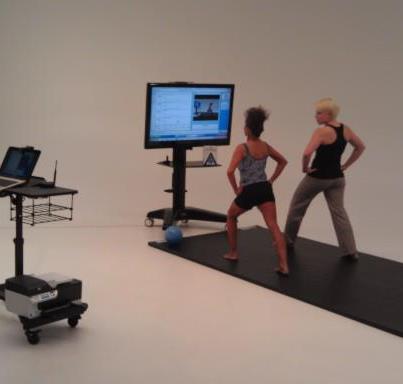 Now in Chico!! Dr. Greg Davis has a VESy lab!

Do You Want to Take a VESy Session?

VESy stands for video-emg synchronization. This tool is the most cutting edge method of fitness training for the pelvic floor. Here is how it works….

Contact us and we will help you get set up for your own VESy session! 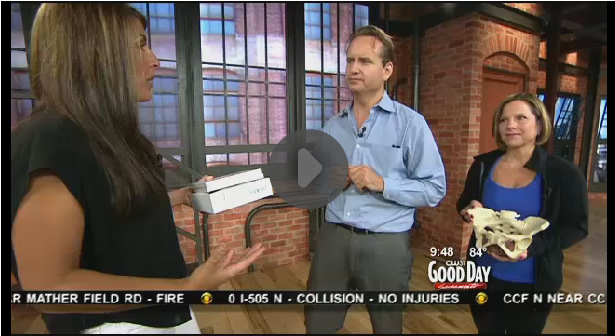 Dr. Bruce Crawford, PFilates Creator and Gynecologist, teams up with Miranda McGovern of Studio M Pilates to discuss the goals behind PFilates and how it works! Check out the clips from Good Day Sacramento on CBS!

Miranda No Comments
Next →